Want to know how much it costs to get your cat neutered? Read on to find out! 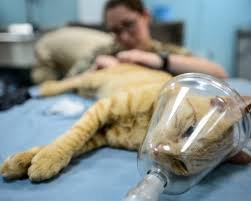 Getting your male or female cat neutered stops them from engaging in sexual activity, having unwanted babies, roaming the streets in search of sex, and stops males getting into fights with other toms over a female’s affection.

Vets will only perform a neutering operation when the cat is aged four months or older.

Why Get Your Male Cat Neutered?

Tomcats who have not been neutered are more likely to roam the streets and are thus at a greater risk of being run over.

They are also more likely to fight with other males (over females or due to pent up aggression), they may try to mark their territory by spraying it with urine (which isn’t so great when ‘their territory’ is your house), and they are at risk of developing Feline Immunodeficiency virus (FIV).

FIV is similar to human HIV and is contracted through cat bites (it can’t be caught by people) which is fairly likely if two toms are fighting over a female.

Why Get Your Female Cat Neutered?

Female cats will start to draw sexual attention from males when they are as young as four months old. If they are not neutered and they come into contact with a male, your kitten is at risk to getting pregnant when she is still a kitten herself.

This would be an unpleasant and unwanted experience for her. If she is not neutered, she will be at risk from sexually aggressive tomcats every time she’s in heat. 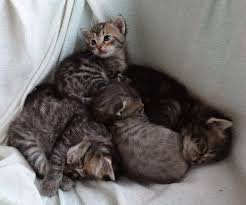 will both be unpleasant for them and unviable for you.

Female cats may become really noisy and start yowling at night when they’re in heat, which is something, you’ll probably want to avoid.

Un-neutered female cats are at risk to cervical can ovarian cancer, as well as tumours and FIV.

When a female cat is in heat, her every instinct is pushing her to find a mate. She will try to get out of the house to find males every chance she gets, which is especially dangerous if you live in an urban area.

Neutered females are less likely to try to escape, as they won’t have the same sexual instincts.

Getting your queen neutered allows her to climb, explore and hunt without being pursued by toms.

Getting snipped or spayed sounds unpleasant, but your cat will be given anaesthetic and can be taken home the same day. They will need to rest at home for a short time, but they’ll be right as rain before you know it.

How Much Does It Cost? 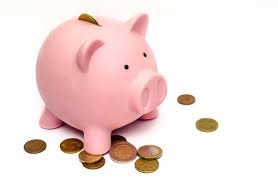 Your vet should provide you with a quote when you call to ask about the operation. You may be able to get financial support for the operation if you receive income benefits.