Can Dogs Be Gay

Think your dog is gay or bisexual? Can dogs really have sexual preferences? Read on to find out!

Can Dogs Be Homosexual?

The quick answer is: no one really knows. Some people are convinced dogs can be gay, while others don’t think dogs can have sexual preferences and see any homosexual activity as bonding, play or dominant behaviour.

There hasn’t been much research into the sexuality of dogs, so there is no scientific consensus on whether or not dogs can be homosexual.

Why Is My Male Dog Humping Other Males? 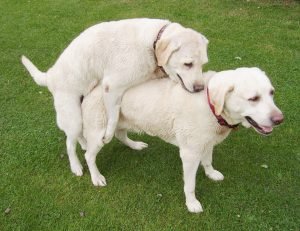 If your male mutt is getting busy with other males, then surely, he must be gay or bisexual? Not necessarily.  Dogs tend to hump each other and do all sorts of things which may be more about play, dominance or simply discovering new things.

Any pet owner knows that male and female dogs (especially when they’re young) will mount and hump pretty much anything. Your leg, your sofa, your soft toys, strangers, and other dogs, for example.

Some dogs will continue to hump and mount things and other animals when they’re neutered.

Do Dogs Have Gay Sex?

If two dogs of the same sex engage in sexual behaviour because it’s pleasurable to them, then they are having what we would call gay sex.

However, it’s not a good idea to put human labels on animals. Homosexuality means something in human culture that does not apply to animals.

Animals don’t have concepts of sexuality lives; to them, sex is probably just sex and affection is just affection.   They don’t have labels for themselves, so it’s inappropriate for us to label them.

Dogs exhibit all sorts of behaviour that humans try to put in human terms, but the truth is we don’t know what a dog is really feeling or what their motivations are.

In humans, being gay is more than a sexual act. It’s who you’re attracted to, who you fall in love with, and who you want to have a relationship with. It may also affect how you see yourself in the world. 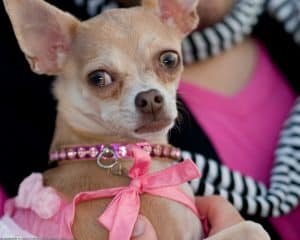 Dogs are not (at least as far as we know) all that self-aware. They may enjoy having sexual encounters with other dogs of the same sex, but it probably doesn’t mean much more than that to them.

Most dogs, and most animals apart from humans and the occasional ram, are more what we would call bisexual than exclusively attracted to gender or the other. Male dogs who hump other males will probably also hump females.

Is your dog bisexual then? Perhaps, but again it isn’t something your dog has really thought about.  To them, it’s just not a big deal.

Can Animals Be Gay?

Some of these animals include dolphins, penguins, lions, giraffes, rams, Bonobos, bats, vultures and, of course, dogs and cats.

Most of these animals seem to be bisexual rather than homosexual as they will mate with males and females and often go on to have offspring.

One of the few exceptions this is the ram. Around 8% of male rams have been shown to exclusively mate with other males even when they have the option of mating with a fertile female. These rams seem to be exclusively homosexual. 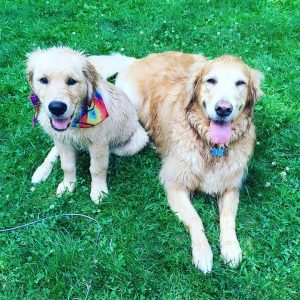 Science has yet to prove whether there are ‘gay dogs’ and it may never be able to. Animals do not think the same way as humans and they don’t share many of the same concepts.

The truth is that while it may be a big deal to humans, animals don’t have a concept of homosexuality or heterosexuality.

As long as your dog isn’t being aggressive and their sexual behaviour isn’t disruptive, does it really matter whether or not your dog is gay?