Want to know if your cat is at risk from hungry foxes? Read on for all the answers.

Should You Let Your Cat Out At Night? 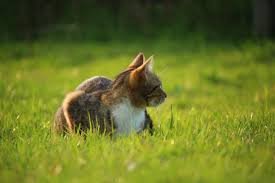 Cats are night owls. Their night vision is much better than ours, it’s safer outside at night because there are less cars and people, and the abundance of small creatures scattering about makes night-time prime hunting time for cats.

Night-time roaming is great for cats, but many owners are worried about letting their cats out during the darker hours. Fear of fox attacks is one of the main reasons for this fear.

Are Foxes A Threat To Cats?

Foxes seem timid to humans because they flee the second you get anywhere near them, but it’s a different story with smaller animals.

Like cats, foxes are nocturnal and are mostly seen at night. They are scavengers and will eat pretty much anything they can find, including small animals, plants, insects and rubbish.

There are around 33,000 urban foxes living in Britain, so if you live in a city or suburb there are probably a fair few foxes lurking around the corner.

You may have heard horror stories about foxes attacking livestock, wildlife, domestic pets and even babies, but you have to put this in context.

How Dangerous Are Foxes (Really) 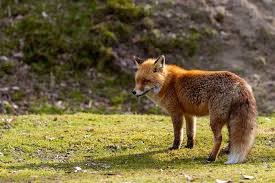 This is a pretty low figure, especially when you consider that 541 per 10,000 cats had injuries from other cats and 196 in 10,000 cats were injured in traffic accidents.

It would also be wrong to assume that whenever a cat and a fox fight the fox would win; cats can hold their own and the fox may come off worse for wear!

Foxes can and do attack cats, but it’s pretty rare. Foxes tend to leave cats alone because the cat’s defensive behaviours (hissing, biting, puffing up their tail etc.) often scare the foxes away.

Foxes are most likely to attack a cat to protect their young, if for example the cat came too close to the foxes babies.

It’s possible that fox attacks are misinterpreted; foxes are scavengers and will go for road kill when they see it.

If a cat has already been killed in a road accident then people may see the fox pulling the cats body across the road or standing near the cat, but it doesn’t mean the fox has killed the cat and vets note that often the cause of death was obviously by other means. 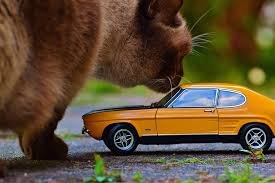 Foxes may attack kittens or larger cats that come close to their young, but they are unlikely to attack an adult cat unprovoked and much less likely to attack one for food.

If a cat has already been killed (e.g. by a car) then foxes (as scavengers do) may well eat the body, but it is unlikely that the fox was the cause of death.

In reality, cats are more at risk from other cats and road traffic accidents than from foxes.