Do Cats Have Periods

Have you ever wondered if female cats have periods the same way human women do? Well you’re about to find out, so read on! 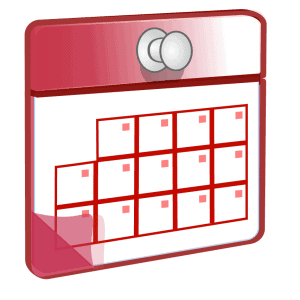 Female cats (often referred to as queens) don’t menstruate, but they do have period cycles. The estrus cycle is also known as the heat period.

During your queens estrus cycle (i.e. when your cat is on heat) she will ovulate, have the urge to mate and can become pregnant.

The estrus (or heat) cycle can last up to 7 days, but it could only last a few days or as little as 1 day at a time.

If the female hasn’t had sex during her estrus cycle, she will go out of heat for a short period of time (usually 1-2 weeks) before going back on heat.

The heat cycle lasts from around January/February until October in the Northern Hemisphere, but female cats in topical regions may be on heat all year long. In the wild, female cats come on heat during the warmer spring and summer months.

When Do Cats Start Their Estrus Cycle?

Female cats reach their reproductive maturity at around 6 months old, but some may be able to get pregnant when they are just 4 months old.

Early pregnancy is bad for a cats health just like it is bad for a humans health – carrying and nursing babies may prevent her own healthy development.

She will also have a higher risk of developing illnesses like FIV (feline HIV) and certain cancers.

It’s unusual for felines to bleed during their estrus cycle, but there are definite ways to tell when a cat is on heat.

Queens can become very affectionate towards animals, other cats, and even inanimate objects when they’re on heat.

Female cats may also urinate in the house – urine releases pheromones that attract male cats and also marks their territory – and if they don’t mate they will keep doing this approximately every three weeks for the rest of their cycle.

Your cat will also become a lot more vocal because she is trying to attract a mate. Un-neutered females in heat will yowl, meow, wail and generally screech.

Female cats in heat also become restless because their natural instinct is to go outside and find a male. Being cooped up in the house is difficult for them at this time, so they may well take it out on you!

When a female cat is neutered she won’t go on heat anymore and will be free to roam outside without the constant attention of male cats.

While having babies is a great thing and cats can make awesome mothers, it’s not really viable to have a cat that could get pregnant with quadruplets (or even more kittens!) multiple times a year.

Queens can get spayed when they are around aged four months or older, so if you want to avoid lots of new kittens you may want to consider getting your cat spayed.