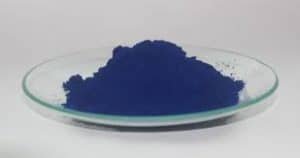 Have you ever wondered why some cats have blue eyes? Have you heard that all white cats with blue eyes are deaf? Read on to find out those all-important blue eyed cat facts!

All kittens are born with blue (or blue-ish) eyes, but it doesn’t mean they’ll stay that way.

The kitten’s eyes will take around nine months to properly develop, but their eye colour will change (unless they are actually meant to have blue eyes) around a month after their eyes first open.

How Do Cats Get Blue Eyes? 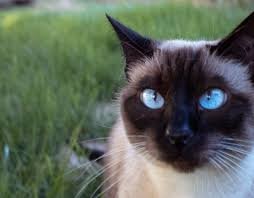 Blue colouration is a result of a pigment calls in the iris called melanocytes. The number of melanocytes in the eye determines the eye colour.

But why do some cats have blue eyes while others don’t and is it true that blue eyed cats are deaf?

Some cats have a gene (symbolised by the letter W) which suppressed their genetic coat colour.  The gene is dominant, so even if your cat is genetically black the W gene will mask their natural colour.

Around 40% of white cats with blue eyes are deaf.  This is because the same cells which determine pigmentation (melanocytes) also has an effect on inner ear functioning, so cats with less melanocytes do not always have enough cells in their ears to help them hear properly,

While 40% of white cats with blue eyes are deaf it still means 60% are not, so you should not assume a cat is deaf just because their eyes are blue and their coat is white.

To see if a cat is deaf, try standing a few metres away from them and clapping your hands loudly. If they notice the sound it means they probably are not deaf, and if they don’t take them to a vet for advice.

Other Reasons For Blue Eyes 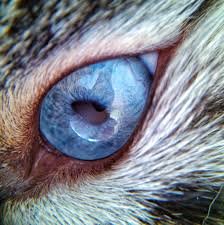 Blue-eyed albino cats have blue eyes because of a recessive gene that reduces the colour pigmentation in the cat’s eyes.

Not all cats with blue eyes are white. There are some breeds which predominantly have blue eyes and others which could be born with any eye colour.