Worried that your cat keeps sneezing? Read on to find out why cats sneeze, what could be wrong and what you can do to help your moggy.

Why Do Cats Sneeze 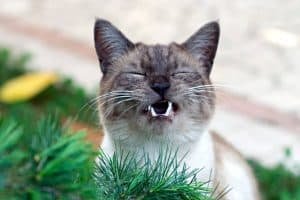 Seeing your cat sneeze can be alarming, but there’s probably nothing to worry about. Cats sneeze for the same reasons humans do and it’s often a result of irritants or allergies.

If your cat is only sneezing every occasionally, or if there’s a pattern with their sneezes (i.e. they sneeze when your light candles, smoke or dust the room), then it may be caused by something you’re doing or something in the house. Common irritants include:

Do Cats Get Colds?

Cats can have infections which can lead to symptoms like a human cold, but these illnesses can’t be passed between humans and cats so there’s no real risk of you giving your cat a cold.

If your cat keeps sneezing there is a chance they’re sick. It’s hard not to panic when you google symptoms online, but until you’ve taken your cat to the vet there’s no way of telling what’s wrong so don’t get ahead of yourself.

Sneezing by itself is probably no cause for alarm, but if your cat is exhibiting multiple symptoms you should take them to the vet to see what’s going on. Symptoms to look out for include:

There are multiple causes for sneezing in cats. Many problems can be treated or managed. Here are some health problems that can cause sneezing, but you won’t know what (if anything) your cat has until you take them to the vet. 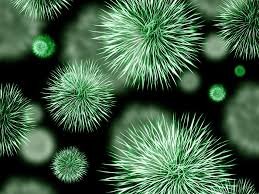 Sneezing is a common symptom of bacterial, fungal or viral infections. These infections are like the common human cold and are most likely to effect young cats.

Similar to the HIV virus in humans, this infection has a negative impact on the cats’ immune system and increases the chances of other illnesses.

If something finds its way into your cat’s nose – like a blade of grass – then your cat will sneeze to get rid of it.

Some vaccines that protect the cat from respiratory infections can cause sneezing for a few days after the vaccine. This normally goes away by itself and is no cause for concern. 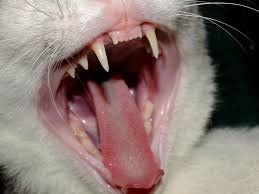 Cats with dental problems – such as an infected tooth – can result in sneezing because bacteria will have got into their nasal sinus. Look after your cats dental hygiene and take them to the vet if you notice bad breath or if their teeth seem to be getting worse.