Can Dogs Get Sick From Humans

We know humans can catch colds and viruses off each other, but can a sick human infect a dog? Read on to find out whether dogs can catch colds, viruses and other illnesses from humans!

Can A Dog Catch A Cold From A Human 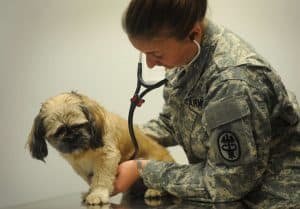 Don’t worry, you’re not going to infect your dog by sneezing, coughing or breathing around them if you have a common cold.

Dogs and humans can both catch colds, but those colds are caused by different viruses. A human cold virus won’t have much of an effect on a dog because it won’t last long inside the dog’s body, just like dog viruses won’t last long in a human body.

Can Dogs Catch Colds From Other Dogs?

Yes, dogs can catch colds from each other, just like human’s can infect each other with viruses. If your dog is ill, keep her away from other dogs as much as possible so the virus doesn’t spread into other canine households.

What About The Flu?

If dogs can’t catch colds from humans, surely they wouldn’t be able to catch the flu either? Unfortunately, this is incorrect.  Dogs can catch human flu and humans can catch dog flu. 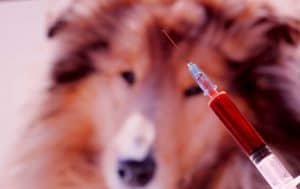 If you have the flu, try to keep away from your dog as far as possible. If you live with other people, try to get one of them to feed and water your dog till you’re better. If it’s not possible to find someone else, wash your hands before handling your dog or their things.

If it’s your dog that has the flu, treat them like any other infected member of the family. Wash your hands before touching the dog or their possessions, and keep your sickly canine away from small children or elderly people as they are more susceptible and badly affected by the flu.

In addition to the flu, humans and dogs have been known to catch mumps, ringworm, tuberculosis, salmonella and MRSA from each other.

If your dog has a cold, treat them like you would treat a sick human. Your dog will probably stay in bed of his own accord, but make sure they have some blankets, keep fresh water nearby, and encourage your dog to eat a little each day.

Your dog will probably feel better in a couple of days, but if symptoms persist you should contact your vet.

When To See A Vet 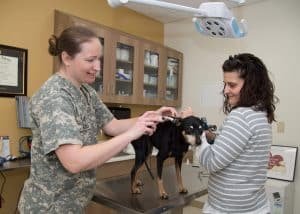 You should especially contact the vet if you notice unusual discharge coming from your dog’s eyes or nose, as these are symptoms of an infection.

Your dog’s appetite is likely to dwindle if he’s sick, but if your dog is refusing all food you should take them to the vet for advice.

It’s very important to see a vet ASAP if your dog is refusing water because dehydration can be deadly.

Some dogs are more susceptible to respiratory conditions and other health problems than others. If you have a Pug, a Bull-dog or a Pekinese and you think he has a cold or the flu, you should contact your vet ASAP.