Do Canines Get Lice 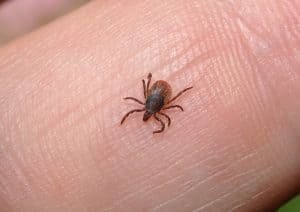 Lice are tiny little parasites that live in the hair of mammals. Individuals are known as louse and they are small, wingless, pale and flat. Lice can live for around 4 weeks and their eggs are known as nits.

Can Dogs Get Lice?

Dogs can get lice, but they’re not that common in healthy, clean dogs. Lice are normally found in dirty areas, such as on the dog’s head, behind the ears, on the neck, shoulders or genitals.

How Do I Know My Dog Has Lice?

The symptoms associated with lice could be caused by other parasites or illnesses. Lice typically cause itchiness, irritation and restlessness. An infected dog will probably lick, rub, scratch, bite and chew at the affected areas on their body.

Dogs with a pro-longed lice problem can develop a rough, course coat, their skin can become raw and inflamed, and some dogs may be come lethargic and lose weight.

Some dogs may start getting bald patches around infected areas as the dog will have scratched away the hair.

In extreme cases, dogs who have a heavy infestation of lice can develop anaemia because the lice are drinking too much blood. These dogs may require blood transfusions or iron/vitamin supplements.

Is Lice Contagious In Dogs? 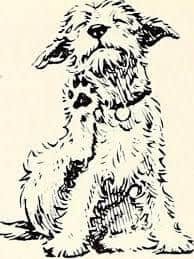 Dogs may be infested with sucking lice or biting lice. Sucking lice are slow-moving, almost motionless creatures who spend their time sucking on the dog’s blood.

Biting lice, on the other hand, move around far more quickly, although still slowly compared to our standards. Biting lice don’t feed on blood, instead they feed on dead skin flakes a.

Lice do not jump between dogs like fleas do, but hey can be spread through physical contact with another dog.

Dogs can catch lice when they’re staying at boarding kennels, animal shelters, dog parks, grooming facilities and anywhere else they would be near with other dogs.

Dogs who share bedding or other sleeping areas with infected dogs may also catch lice.

How To Get Rid Of Lice In Dogs

Lice can be seen with the naked eye and so you can detect them yourself by going over your dog’s hair with a flea comb.

Although lice can be mistaken for dandruff, a good way to tell the difference is by shaking the hair once it has been removed from the dog. If the flakes fall out, it’s dandruff, but if they remain, it’s probably lice.

Hatched lice can be killed with insecticide treatments, but the eggs will remain. Therefore, the treatment should be repeated for at least a month to make sure you kill any new lice once they are hatched.

Insecticide treatments are toxic to cats, so be careful if you own a feline.

How To Protect Against Lice 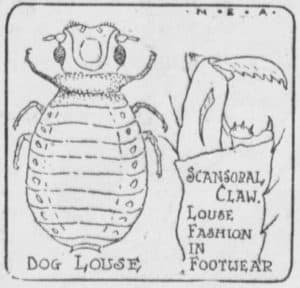 Lice are more likely to attach themselves to dirty, un-well dogs who may suffer from malnutrition. Keeping your dog clean, healthy and in good shape will go a long way in avoiding lice.

Also avoid sharing toys with other dogs when possible, clean the bedding frequently (especially if it has been used by another dog) and be careful letting your dog play with other canines if you know they recently had lice.

Can Humans Catch Lice From Dogs?

Lice are species-specific creatures, which means that each species of lice depends on a specific species of animal.

Human lice can only live on human blood, while dog lice need dog blood to survive. Dog lice could not survive on a human head and vice versa.