Do you think your dog might be autistic? Can dog have autism? Read on for information and advice.

In humans, autism is a life-long condition which effects how a person interacts with others, how they communicate and how they experience the world.

Autism works on a spectrum. While all autistic people have some things in common, it can affect individual people differently.

People with autism find it difficult to recognise other people’s feeling or intentions, so without meaning to be they may come across as insensitive, act inappropriately, not be able to judge a situation, and may find it hard to be around lots of people at once.

Some autistic people take comfort in a daily routine and may not adapt well to change. Others may have highly focused interests and may experience both over or under sensitivity to sensory experiences, such as sound and colours.

Our understanding of canine autism is limited and it is therefore very difficult to diagnose. Some dogs may appear to be autistic, but they could actually be suffering from anxiety or trauma. 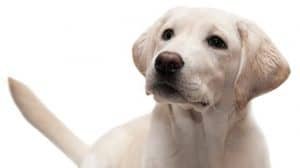 Some shelter dogs have been abused by previous owners and may be scared of people, which will have an impact on their behaviour.

When a doctor is diagnosing a human with autism, they focus on two criteria:

Some dogs appear to come under one or both of the categories above, but it’s much harder to diagnose a dog than a human. For instance, repetitive behaviour is common in dogs and not at all unusual.

There is no definitive canine autism checklist as we simply don’t know enough about it yet, but dogs with various behaviour disorders may exhibit the following behaviours:

These signs could relate to a few behaviour disorders, many of which may be a result of abuse by a previous owner. It’s hard to tell whether or not they point towards autism.

Some repeated behaviours, such as a dog repeatedly chasing his tail, could be a symptom of canine autism.

Dogs who chase their tail have sometimes been known to have impaired social interactions with humans and other dogs.

These dogs may be difficult to train, have problems focusing on tasks, and find it hard to start friendly relationships. They may also find regular things stressful and may react negatively to certain noises.

Except in rare cases, most vets will avoid giving a definitive diagnosis of autism and will say that the dog may be on the autistic spectrum.

There are very few existing studies on canine autism and reliable diagnostic criteria does not currently exist.

What To Do If You Think Your Dog Has Autism

While your vet may be unable to diagnose your dog, they can give you advice on how to interact with your dog. 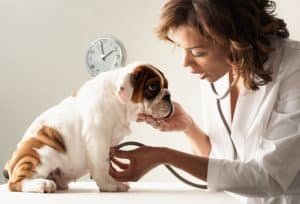 If your canine companion has specific triggers, i.e. if they seem uncomfortable around large groups of people, if they don’t like being approached by other dogs, or if particular noises or places appear to upset them, try and keep them away from those triggers.

While your dog may not be able to show affection in the same way other dogs can, it doesn’t mean they don’t need love.

Your dog needs to feel comfortable and know that you care about him, so give him lots of affection and don’t try to force him to do things that ‘other dogs do’ if he’s not up to it.

If your dog likes to spend time alone, don’t force him into loads of social interaction but don’t ignore him either.

If your dog feels comfortable with specific routines, try to stick to it as much as your lifestyle will allow.