Are Cats Able To See In The Dark?

You’ve probably heard that cats can see in the dark, but is it true and how does it work? Read on to find out! 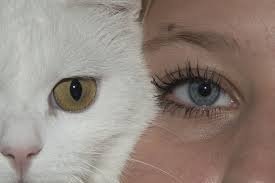 Photoreceptor cells convert light rays into electric signals which are processed by nerve cells, then sent to the brain which translates the signals into the images that we see.

There are two types of photoreceptor cells called rods and cones. Cones are in charge of colour perception and how well we can see during the day, while rods facilitate night vision, peripheral vision, brightness and all the shades of grey.

That means that cats don’t see colours as brightly as we do, but they can see much more in the dark than we can. 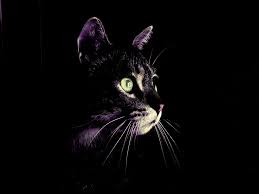 Cats can’t see in total darkness, but they can see a lot more in semi darkness than humans can. Cats need some light, but they only need one-sixth the amount of light that humans need.

Cats have superior night vision because they have a structure behind the retina in their eyes called a tapetum.

Cells in the tapetum work like a mirror which reflects light between the rods and cones in the eyes. Not only does this help the cat see more with less light, but it also makes their eyes glow in the dark!

Our feline friends are naturally nocturnal, so it makes sense that their night vision is better than ours. Cats need to see in the dark so they can track the small, fast moving creatures which come out at night.

What Do Cats See?

When someone says they have 20/20 vision it means that they have a clear visual acuity, so they can see a clear picture of whatever is in front of them and they have good eyesight.

Cats also have awesome peripheral vision. They can see 300 degrees around their heads and they can detect super fast movements (4 millimetres per second) to help them hunt small, quick moving rodents. 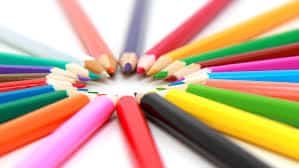 You may have heard that cats only see in black and white, but it’s not true.  Cats do see colour, but not in the same way humans do.

Cats can see the colours blue and green, but their perception of red and pink is similar to what a colour-blind human would see.

Cats also don’t see things as clearly as we do. For example, think about the saturation filter on Instagram which can make pictures richly colourful or dull and sepia toned.

Humans see the world in rich, bright colours, much like a picture will look if you increase the saturation on an Instagram picture, whereas cats see the world in duller, less colourful colours. We both see the same image, but it is coloured in differently.